Let Down by the Internet 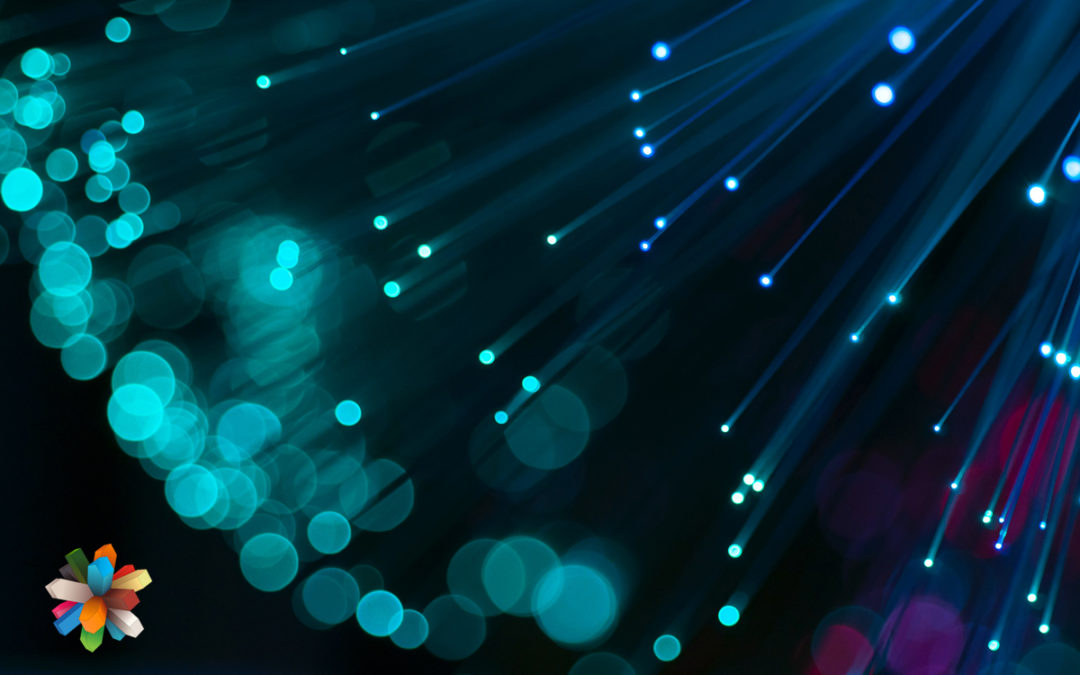 Or How NOT to Do Transformation …

Fighting With the Internet of Things:

The Internet of Things (IoT) is trumpeted as a great advance. I beg to differ until the tech world changes its habits and culture – and we all know THAT isn’t going to happen any time soon. The inability of management in these organisations to recognise the problems they cause to thousands or indeed millions of people across the planet by the lack of proper testing and constant releasing of update after update (most of which are completely needless to the ordinary user) means we are falling into a vast chasm that we cannot control.

Do I want the complexity that comes with having a central Wi-Fi router handling business, the door entry system and the fridge? There’s way too much opportunity for things to go badly wrong and yet we seem to be walking blindly into a tech future that nobody actually understands.

Here’s a Perfect Example From SONOS

A few years ago we bought a Sonos sound bar and system. It seemed the ideal way to upgrade music listening and get rid of the Technics Hi-Fi stack that had worked almost faultlessly for the previous 20+ years. As with all such pieces of technology, installation wasn’t exactly a walk in the park but it settled down and integrated nicely with the Smart TV. (I won’t go into the problems we had with that particular piece of kit except to say that I won’t be dealing with Samsung again and the replacement from Sony isn’t without its foibles, insisting on updating when I want to watch late-night catch up.)

After a while we decided to add a couple of other Sonos units in different rooms. They fitted into the network quite nicely and everything was running off the central Wi-Fi router without much hassle. We could play music from a variety of devices, smartphones, desktops or laptops. What more did we need?

Sonos, in its very questionable wisdom, decides that the core components SHALL upgrade automatically. WHY? is completely beyond comprehension. The system was working. It wasn’t interfacing with much other than an internet radio source if required – a matter of addressing, not of technical complexity. No allowance for a user to refuse the upgrade.

In the last week or so SONOS released a new version of its controller. Suddenly everything starts to go wrong.

First my smartphone offers an update – which I installed without realising this was a new system. Too late. Once installed it started having problems seeing other components. Then somehow the core controller on the sound bar upgraded itself. Result – CHAOS!

In the last couple of days we have spent literally hours trying to reconfigure the system so that computers, TV and sound system ALL work, with access from all controlling devices. 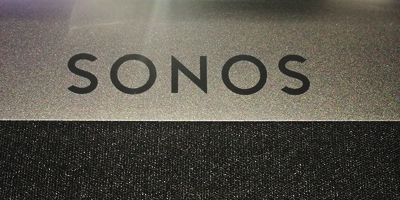 First the laptop Wi-Fi wouldn’t connect and I had to revert to an Ethernet connection. Then we sorted out the main Sonos system and that worked but now couldn’t see the devices in the other rooms.

My laptop Wi-Fi connection started to work again (and I hasten to add here that this is something going on at the router because the laptop can connect to that without issue). One of the desktops was also not able to operate properly.

It seems like the moment one thing gets fixed – something else goes out of kilter. There doesn’t even seem to be a baseline way of going back to ground zero and rebuilding. Changing the wireless frequency on the router ought to have worked. At least we can now connect to the device in the kitchen. But, as I write, I am still having to rely on an Ethernet connection to see the web.

It is, to coin a phrase, a complete dog’s breakfast! And who is to blame?

How often does an operating system like Windows 10 need an update? Really? At the moment – perhaps enhanced by too many software engineers having nothing more useful to do during COVID lockdown – it seems to be about once a week. Being able to pause them doesn’t make that much difference – it continues to pester you until you allow the install.

Does Microsoft really think that the world needs to shut down systems and wait for updates to install for the equivalent of a million man-days every week? Because that’s the net effect of what they are doing to the planet?

I don’t buy the idea that these updates are all to do with fixing security issues. That’s a blanket excuse covering parts of the system that the vast majority of users never even go anywhere near. (Just think of all the features in Word or Excel that you never even know how to use.) 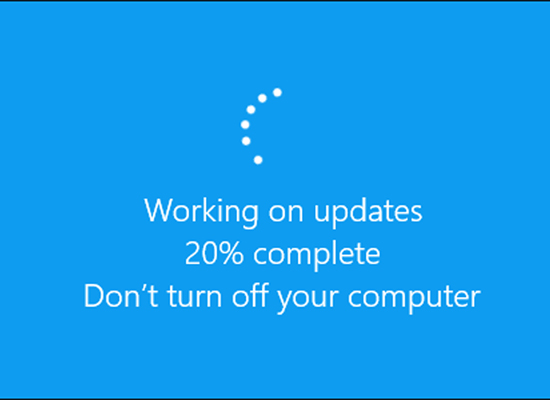 There was a time when major releases a couple of times a year dealt with the bugs that were found in remote recesses of the system. Now, apparently, that method is no longer valid. Yet how long do you see a blue screen with a progress bar telling you what percentage of an update has been installed? Frequently for several minutes and about once a month that lasts for over half an hour (and I’m on a fast fibre connection).

Time, I think, for some serious questions to be raised by governments around the world about just how much of their citizens’ time is being wasted by these corporate behemoths. I’m not joking when I say that GDP across the planet is being impacted negatively by the sheer laziness of the tech world to do the right thing and do it right.

Driverless Cars? – No Thanks!

If we can’t get a static Hi-Fi system to function without crashing because an update interferes with everything else, then what hope have we got if we allow driverless cars access? The engineers will say their systems are robust. So was my laptop connection until SONOS screwed around with something else.

I wouldn’t trust a driverless car on the roads – EVER. At least not until the software industry has got its act together and stopped messing with things every five minutes. Techies like to fiddle and tweak – I’ve seen it first hand when running major developments. What they never stop to do is think about the consequences – it all seems perfectly logical in their mind.

It’s a bit like drug interactions. A patient is taking medication X but then takes Y and Z – some of which may interact in non-predictable ways. Big pharma keeps its eyes on this because the medical profession insists on it through the ethics committees. There is oversight. With IT and particularly the IoT – that’s simply non-existent. 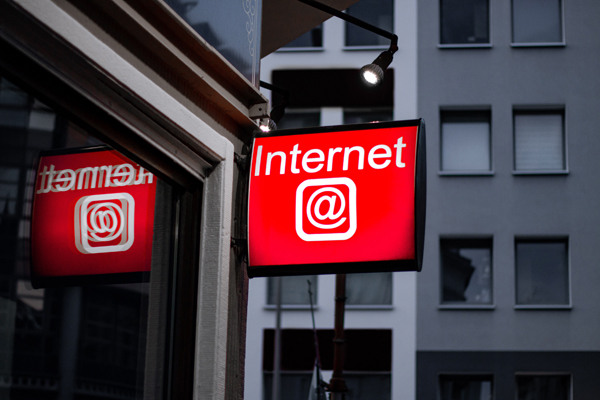 I remember having a very tough conversation with the IT Director of Barclays Bank some years ago. I wanted to know why he thought it acceptable that I should spend 45 minutes online trying to do a transaction that should have taken all of 30 seconds. His excuse was that they were having problems and the system was overwhelmed with people trying to log in.

I pointed out that was not as significant a problem as the hundreds of thousands of individuals like myself whose time was being wasted. The argument that internet banking was saving costs was a complete fallacy. All the banks were doing was shifting the time cost onto the customer and then wasting that in multiples because it didn’t hit their P&L. Since my time is worth £200 or more per hour – would the bank care to reimburse me appropriately?

Apparently not. In fact the going rate for any financial institution to recompense a client for wasting their time seems to be limited to £25 – no matter how long things have dragged on; and the UK’s Financial Conduct Authority and various Ombudsmen seem to think that’s OK.

To be fair, Barclays’ systems these days are about as robust as I’ve seen in the banking sector but there are plenty of other players with well-documented failures that illustrate the point.

Which brings me back to the core of the message here. If you are going to start messing with systems and transforming them, then you are duty bound to do that with NIL impact on innocent stakeholders, many of whom may be your customers or clients.

So How Do You Do Transformation Right First Time?

Are you involved in setting up or running a transformation for your organisation? Then the chances are this article has raised some questions. We’ve always got time to listen and then advise, so get in touch and have a conversation. We look forward to helping you transform in ways that take account of where you are as well as what you do. If you’d like more really useful information, then you can also follow this link.