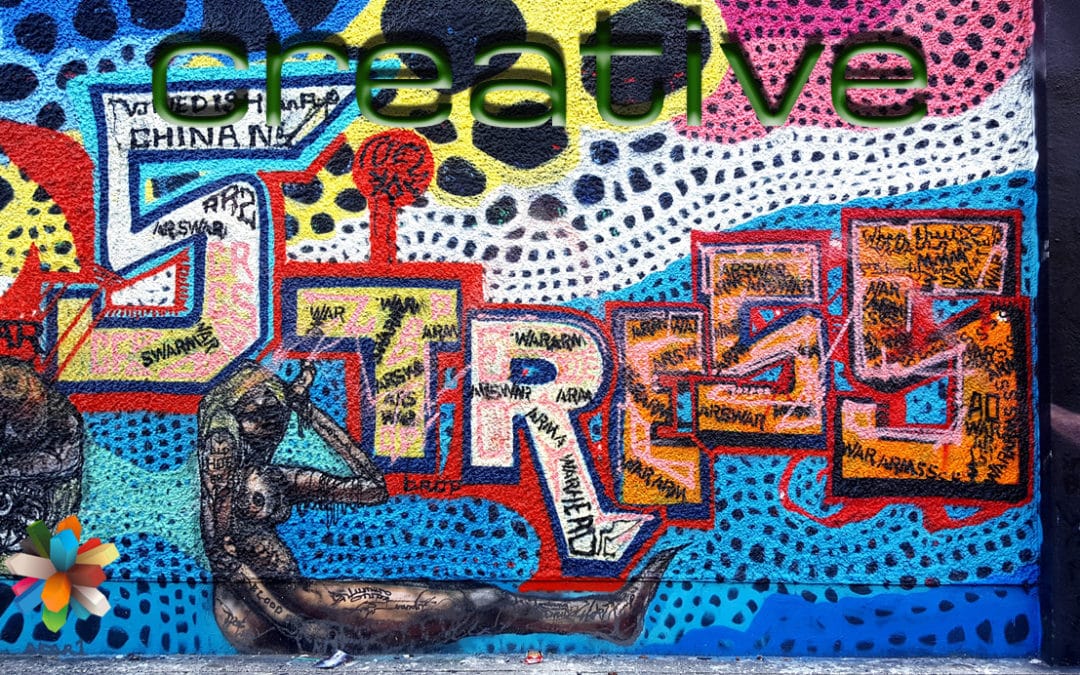 Is This a Helpful Attribute?

At a time when there are lots of people trying to do things differently and also to do different things, the concept of Creative Stress is worth considering. I’m not talking here about the creative arts – they have their own drivers to produce new material on a constant basis. Nor am I talking about the stresses involved in Creative Writing. Frankly I know nothing about those but imagine they have a lot to do with things like writer’s block and the apparent inability to make headway with a piece of work.

Instead I want to talk about Creative Stress as it affects people trying to come up with solutions to complex problems.

There is evidence to suggest that at least two different theories are relevant here. The first concerns the personality of the individual. The second looks at the structure of the work environment.

The personality of the individual

The emphasis here is on how two different types deal with stress and what impact that has on their work. Psychologists have for some years defined two types of individual personality:

It’s thought that Type ‘A’ individuals are less able to deal with jobs that require a lot of independent reflection, skill variety, and autonomy – the elements of job complexity. In a complex job, they become overstimulated and can’t distance themselves.

Type ‘B’ personalities are more likely to thrive in such an environment, with less stress and fewer potential resulting cardiovascular problems.

Structure of the work environment

This element looks at two dimensions. The levels of pressure in the work and the degree to which that work is personally meaningful.

According to Professor Teresa Amabile of Harvard Business School:

Is the Stress Positive or Negative?

Obviously stress can be either – the context is very important. So understanding whether stress is promoting or reducing the meaningfulness of the work is crucial. Being put under pressure to deliver is highly unlikely to promote creativity unless that is also accompanied by elements reinforcing the meaning. Instead this is tending towards the treadmill version of life.

Positive Creative Stress is only likely to be found where the pressure is focused on the outcome not the timescale. After all, rushing things isn’t likely to result in greater creativity – this generally needs space to succeed. However there are instances where massive time pressure does drive things to a successful conclusion but only where the meaning is also very high. Think about the scramble to resolve the problems aboard Apollo 13 after the explosion in an oxygen tank. The (high-value) meaning was saving lives but work had to be done in a very short timeframe. The problem-solvers were very definitely “on a mission”.

This causes you to operate out of the primal, least creative part of your brain. So instead of saying to yourself, “I must be creative,” or “This has to happen now,” it’s better to tell yourself something like, “Let’s see what happens,” “Can we explore this possibility?” or “Let’s play around with some ideas.”

Experiment with activities that can trigger a ‘diffuse-thinking’ state. This type of thinking is one in which your brain operates in a looser manner, searching to make connections between different parts of your brain versus operating in the established neural pathways followed in the ‘focused-thinking’ state.

When your mind feels blank and all you want to do is zone out, it’s more difficult but not impossible to experience a creative breakthrough. So you should get yourself into the right mental state and environments so you can find your creativity.

Collaboration with others will help – the idea that two brains are better than one is certainly true. On the other hand they need to be relaxed and playful to allow thought processes to explore and suggest. You also may want to give your brain more material to work with. This could involve reading on the topic, visiting a place where you can see other people’s creative solutions to a similar problem or talking to experts. Sometimes by seeing what other people have done, you can come up with new ways to approach your own situation. All of these have one thing in common – they are taking the pressure off to allow you to come up with ideas.

If you’re a driven Type A in a complex, creative job, you should scrap it for something simple. It’ll do your heart good. According to the Academy of Management Journal, although you’d think creativity and intellectual stimulation on the job would be cathartic for type A’s, seven years of interviews with police and firefighters told John Schaubroeck, the opposite. [He was Professor of Organizational Behaviour at the University of Nebraska.] It’s the easy-going, mellow folks – Type B – who should be in those coveted creative jobs.

That’s borne out by my own experience in marketing. The quality of outputs from the more relaxed people was always way better than from the Type A’s. The latter were often coming at marketing from the sales angle – targets being their drivers. When they got involved in leading product design the results were invariably a disaster.

I remember on one occasion having to resort to getting counsel’s opinion from a QC at Lincoln’s Inn to refute the claims being made by an idiot consultancy that their product design for an investment vehicle was an efficient way of avoiding Inheritance Tax – something that was obvious to me as doomed from the outset. But they were being driven by the thought of massive sales, not the quality of the product or the required innovation.

My own goals were to produce products that were saleable and authentic (on a mission – in Amabile’s terms). An ethos that eventually spread across the organisation and the difference was palpable and much more profitable.

The fiasco didn’t stop us ending up wasting 6 months of IT development time that could have been usefully employed in another direction because our Sales Director fell for their initial pitch and needed to be educated. Things eventually came to a head when I made it clear that I wouldn’t sign it off and said publicly “If this gets launched – I’m resigning”. (My boss, who was Marketing Director at the time, commented that I shouldn’t make public statements that I wasn’t going to follow through on – to which I replied that I meant every word.) Sometimes it takes real guts to do the right thing but a calm, relaxed approach helps. Thankfully in the end it got scrapped before launch or a single sale was made.

You should take these things into account when putting together the teams who are generally going to be delivering creativity for your organisation as part of their everyday activity.

Give us a call and pick our brains. We’ll help you understand the basics and how to build on those as part of a free consultation. It makes a massive difference in the quality of the solutions and there’s much more to Creativity that we can share. If you’d like more information online, then you can also follow this link.